(AFP) – A news website in the Kurdish-majority Turkish city of Diyarbakir, staffed only by women, has been repeatedly shut down by the authorities over alleged terror propaganda but it is refusing to give up the fight to publish.

Jin News Agency, from the Kurdish word for woman “Jin”, focuses on Kurdish and women’s issues and publishes in Kurdish, Turkish, Arabic and English.

Written for women, it is run by a female-only team from the accountant to the photographer, and editors to camerawomen.

The agency, set up in 2012, has come under pressure from the Turkish authorities who have closed it twice and shut off access to the agency seven times.

Turkish authorities accuse the agency of making “terror propaganda” for the outlawed Kurdistan Workers’ Party (PKK), which has waged an insurgency against Turkey since 1984.

The PKK is proscribed as a terror group by Ankara and its Western allies and since the breakdown of a ceasefire in 2015 Turkey has launched a relentless crackdown against the group.

The crackdown has been wide, with media seen as sympathetic to the PKK finding themselves in the crosshairs of the authorities.

President Recep Tayyip Erdogan has argued there is no difference between a “terrorist holding a gun or a bomb or those who use their pen to serve their aims.”

Turkey stepped up the campaign after the failed July 2016 coup attempt, with dozens of media outlets accused of links to putschists and the PKK closed down.

‘What else can we do’

There are currently six legal cases against Jin News Agency accusing it of “terror propaganda”.

The agency rejects the accusations and says that the issue is one of press freedom.

It is continuing to publish news but the articles can only be read on social media and accessible via Virtual Private Networks (VPN).

Camerawoman Beritan Elyakut, based in Diyarbakir and working for the agency for five years, complained the website was unable to “reach the outside world”. 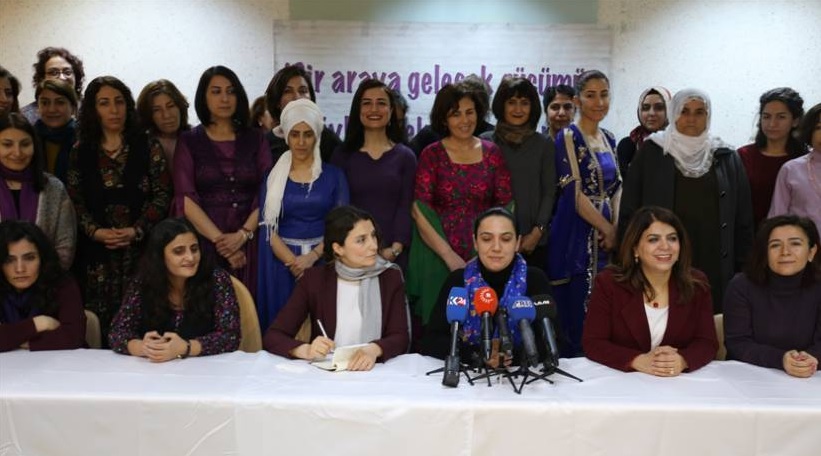 Dicle Amed Women’s Platform (DAKP) members announced March 8 program and will be in the meeting areas for peace with their actions and activities. Photo: Diyarbakir


“What else can we do?” she added as she filmed a story ahead of International Women’s Day on March 8, saying the website used six different domain names “but closures continued uninterrupted”.

The latest website domain, jinnews7.com, was blocked in Turkey on February 22 after AFP spoke to Elyakut.

The website, funded by subsriptions, tackles topics that are off limits for Turkish media, including the fate of Abdullah Ocalan the PKK leader jailed for life by Turkey for terror offences.

It has offered its critical take on Turkey’s offensive against Kurdish militia in Syria and has also written about the disappearance in Iraq last year of two Turkish agents.

Critics say that the government has widened the definition of “terror propaganda” to an absurd width. But officials insist the measures are needed with the country fighting multiple terror groups.

After the the news site was shut down the first time, the women journalists renamed the agency “Sujin” meaning “packing needle” in Kurdish.

But in August 2017, Sujin was shut down by another emergency decree and they then renamed themselves Jin News.

While it once had 60 journalists in text, photo and video working for the agency across the country including Istanbul, Ankara and the Aegean city of Izmir, this has now fallen to 25. Eight women work in the Diyarbakir office but most work from home.

“Women are persecuted, and as a women’s news agency we must show this,” said Safiye Alagas, a photographer who has been working with the agency for six years, adding that it had “become a target” as a result.

US actor charged with assaulting girlfriend