LAHORE : – The religious parties, on the call of Jamaat-e-Islami (JI) Chief Siraj-ul-Haq, are all set to hold protest in Lahore today (Friday) against the recent decision of United States president Donald Trump of recognizing Jerusalem as Israel’s capital. 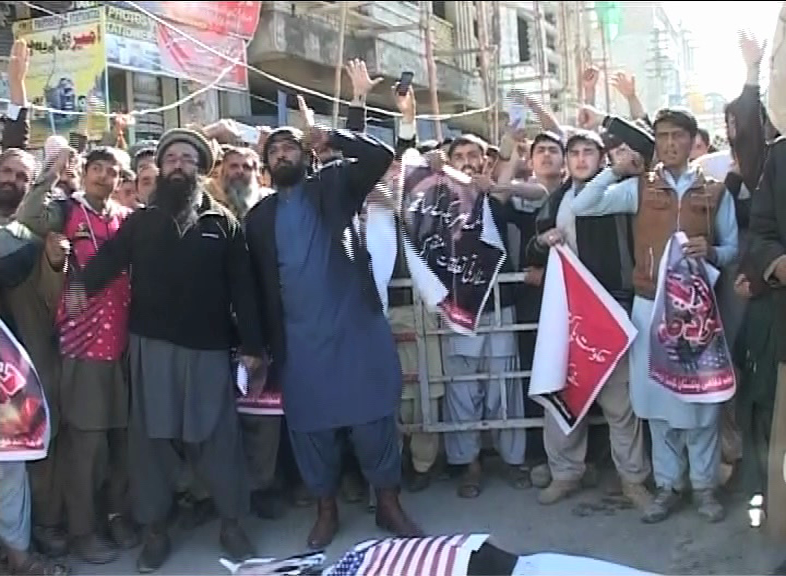 The roads leading to American Consulate have been blocked by placing containers whereas strict security measurements have also been ensured to avoid any untoward situation.

Earlier, Siraj-ul-Haq said that Trump’s statement added fuel to the fire and that he has also put international peace at stake. The senator further requested all Muslim leaders to unanimously stand against the Trump’s plan.

Trump recognized the disputed city of Jerusalem as Israel’s capital, prompting an almost universal diplomatic backlash and fears of new bloodshed in the Middle East.

Trump’s defiant move, making good on a core campaign pledge, ended seven decades of US ambiguity on the status of the Holy City, which is vociferously claimed by both Israelis and Palestinians.

America’s leader appeared further isolated, as allies and foes alike denounced his decision and Palestinians questioned whether their dream of statehood, as part of a peace deal brokered by Washington, was still possible.

But the US president claimed this marked the start of a “new approach” to solving the thorny Israeli-Palestinian conflict.

“It is time to officially recognize Jerusalem as the capital of Israel,” he said, urging calm and “the voices of tolerance to prevail over the purveyors of hate.”

20 dead in land-sliding, other rain-related incidents in KP, Azad Kashmir