CARDIFF (AFP) – Sarfraz Ahmed produced a superb captain s innings following a top-order collapse to see Pakistan into the semi-finals of the Champions Trophy with a thrilling three-wicket win over Sri Lanka at Cardiff on Monday.

Pakistan, chasing a seemingly modest 237 to win, slumped to 162 for seven.

But Sarfraz s 61 not out and Mohammad Amir s 28 not out saw Pakistan home with 31 balls to spare after they shared an unbroken eighth-wicket partnership of 75. 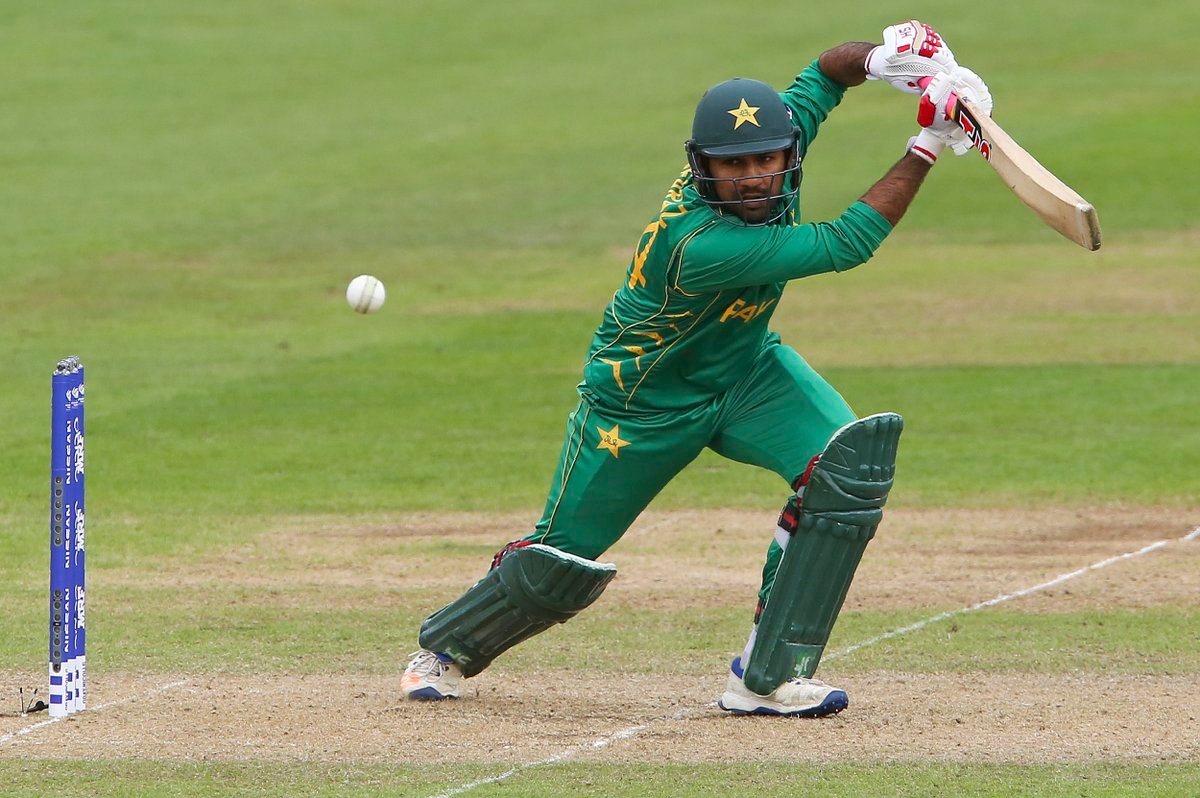 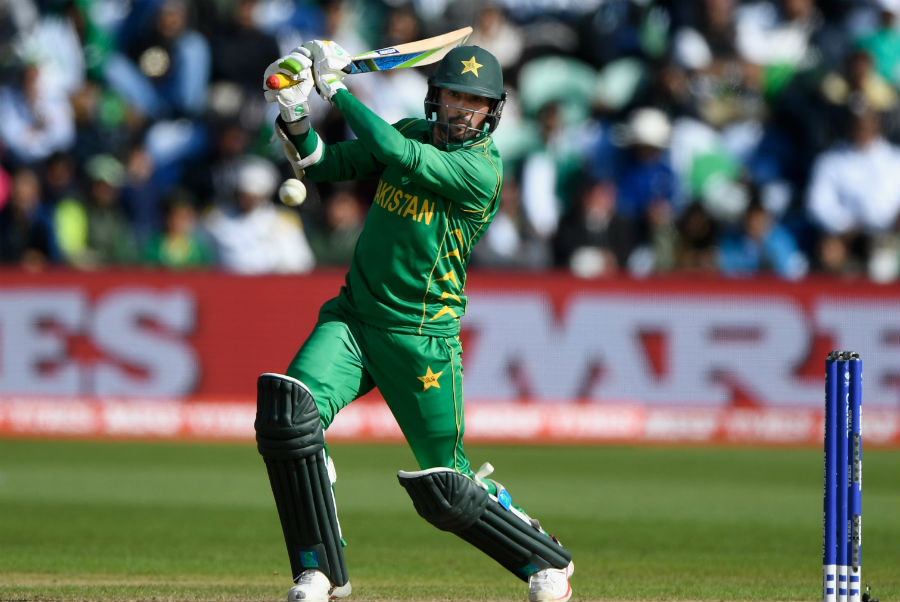 It was his fifth boundary in 79 balls and led the joyous wicket-keeper to run a semi-circle round the ground.

Pakistan will return to Sophia Gardens for a last-four clash with tournament hosts England in Cardiff on Wednesday.

Earlier, Sri Lanka suffered a middle-order collapse of their own on the way to 236 all out.

“I said to Amir to play your game, to not worry. If he scored 20 runs, which he did, we would win,” said Sarfraz.

But the outcome might have been very different had not Sarfraz, then on 38, been dropped when Thisara Perera at mid-on floored a sitter with Pakistan then 194 for seven. 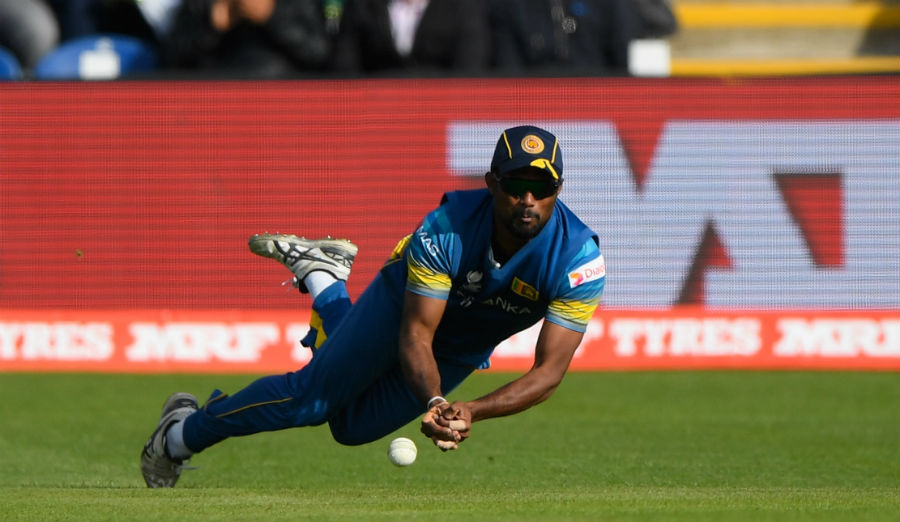 In the end, Sri Lanka were made to pay for a poor batting display.

“It was a see-saw game. Pakistan held their nerve, so credit goes to them,” said Sri Lanka captain Angelo Mathews. “They deserve it.

“Our bowlers were brilliant. Unfortunately we dropped catches and that cost us the game,” the all-rounder added.

Both Pakistan and Sri Lanka had to win on Monday to join already qualified title-holders India from Group B in the knockout stages of a tournament featuring the world s top eight one-day international sides.

India will play Bangladesh in Thursday s second semi-final at Edgbaston, with the final at the Oval on Sunday.

Sri Lanka, after a below par total, didn t help themselves when Asela Guanaratne dropped Azhar Ali on nought.

Azhar took 15 balls to get off the mark but fellow opener Fakhar Zaman was far more dynamic, hitting three fours in as many balls off the unorthodox Malinga. 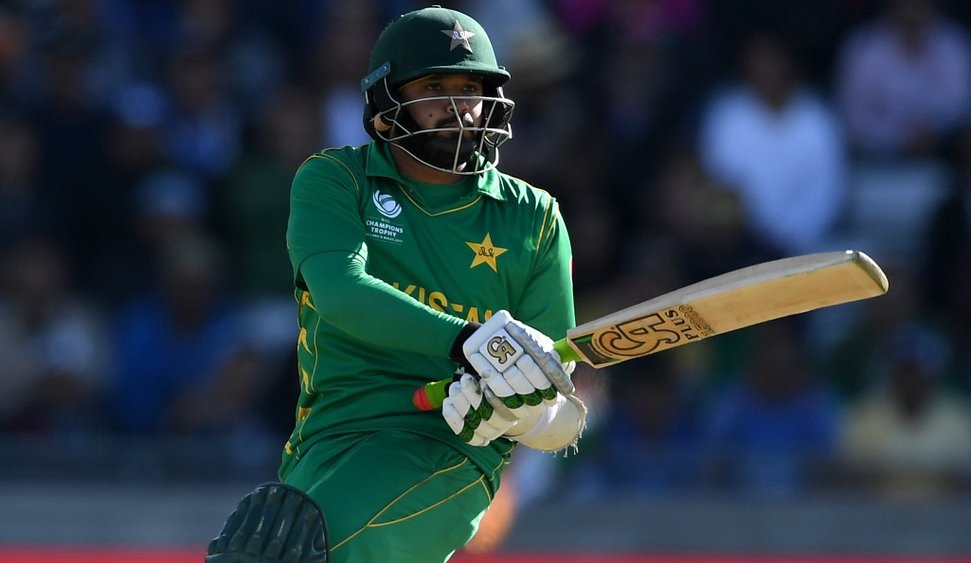 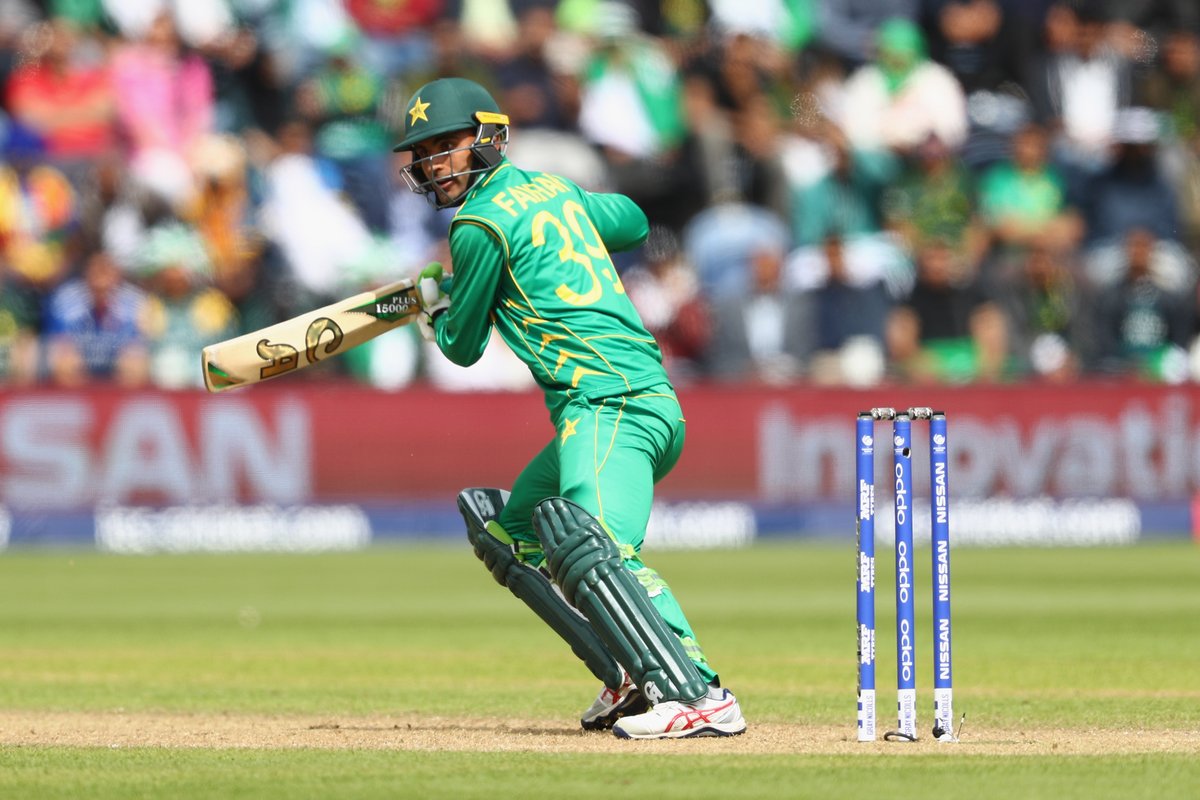 In just his second match at this level, the left-handed Fakhar completed a 34-ball fifty.

But, two balls later, he fell for exactly 50 when a top-edged hook off Nuwan Pradeep was caught by Gunaratne at fine leg.

It was the start of a sustained collapse, with Azhar s painstaking 34 ended when he fended at paceman Suranga Lakmal and Kusal Mendis held on at a wide slip position.

Shoaib Malik (11) then feathered a catch behind following an attempted pull off Malinga.

Fahim Ashraf thrillingly hooked Malinga over long leg for six, but the ODI debutant was run out for a run-a-ball 15 when bowler Perera deflected a Sarfraz drive onto the stumps at the non-striker s end.

But that was as good as it got for Sri Lanka.

Earlier Sri Lanka, sent in by Sarfraz, were making steady progress at 161 for three while Niroshan Dickwella (73) and Mathews (39) were at the crease.

But the loss of Mathews sparked a middle-order collapse that saw four wickets lost for just six runs as they slumped to 167 for seven.

Only some tail-order hitting got Sri Lanka past 200 in an innings where Pakistan pacemen Junaid Khan (three for 40) and Hasan Ali (three for 43) did the bulk of the damage. 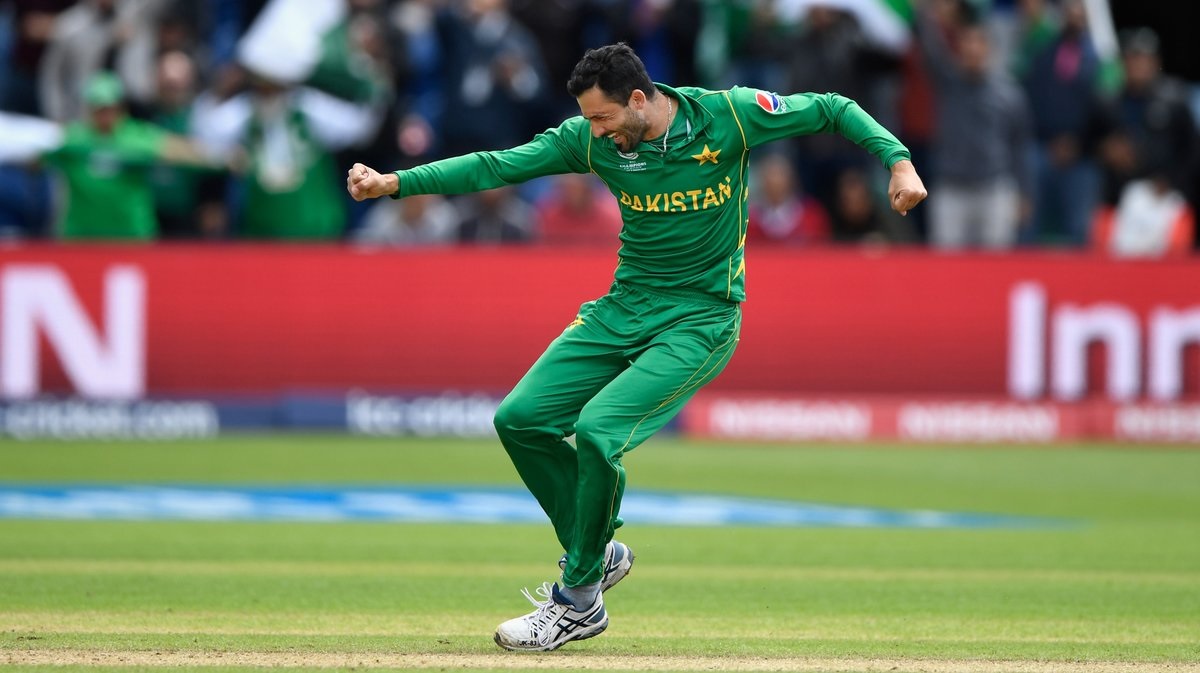 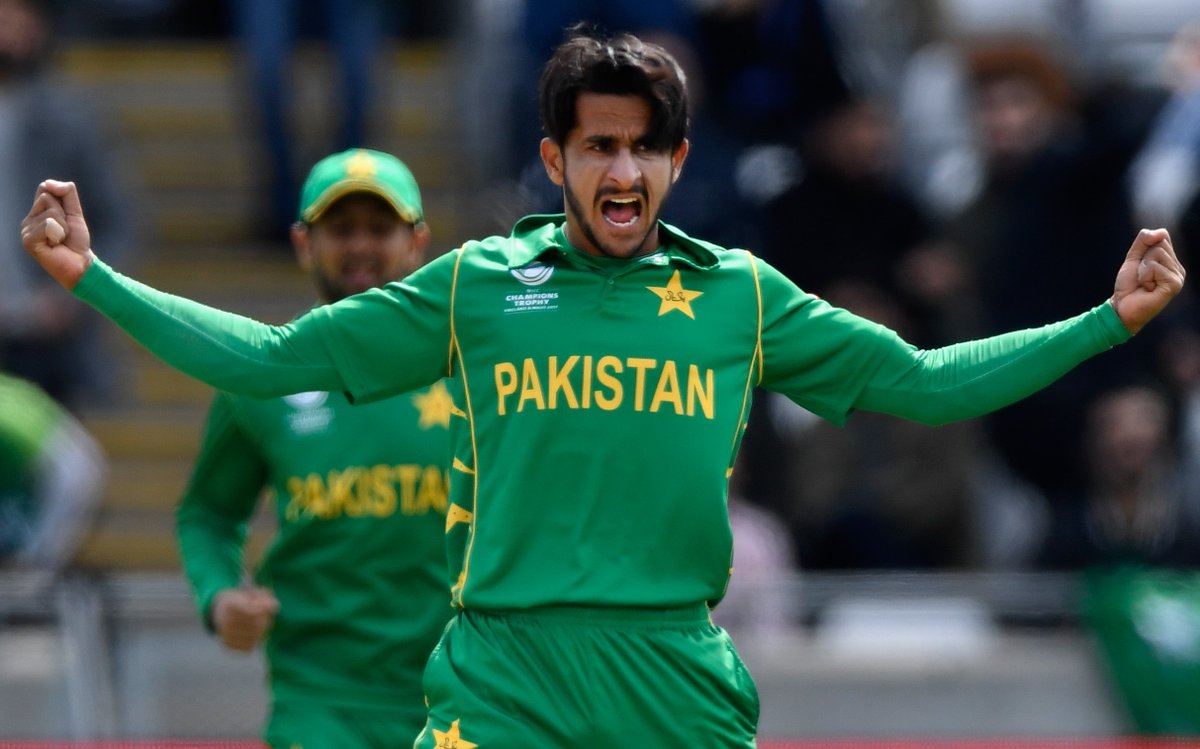 Mathews, fresh from an unbeaten fifty in Sri Lanka s shock seven-wicket victory over India, fell when an inside edge off Amir gave the elated left-arm paceman his first wicket of the tournament. 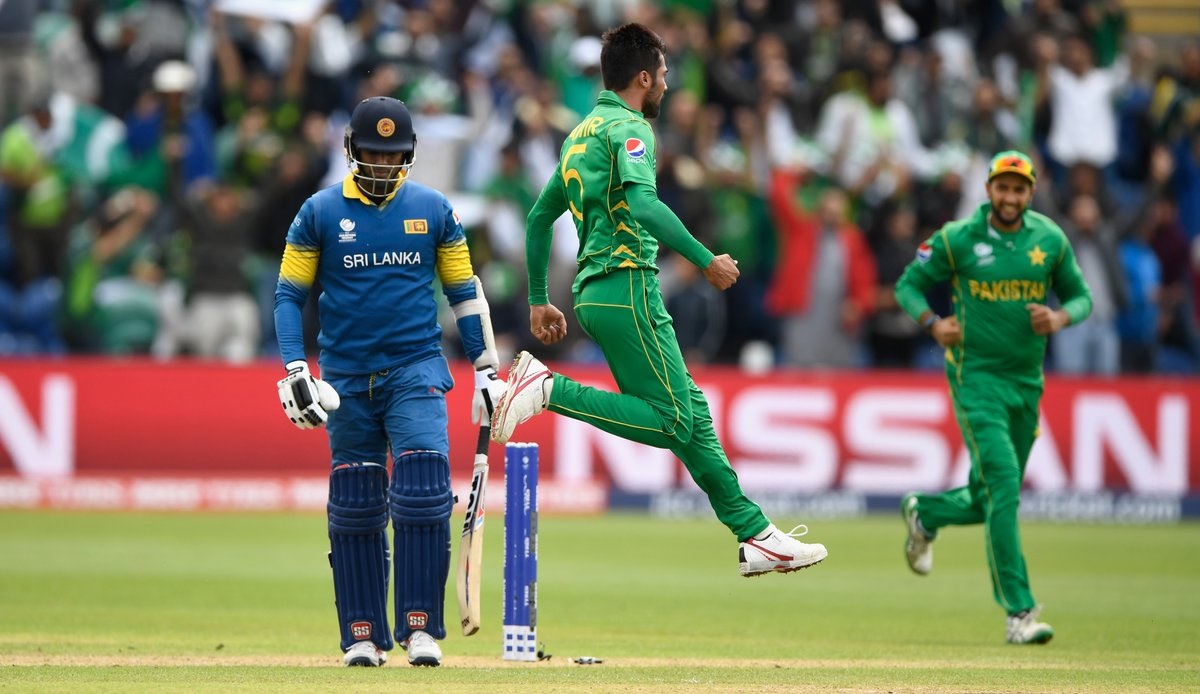 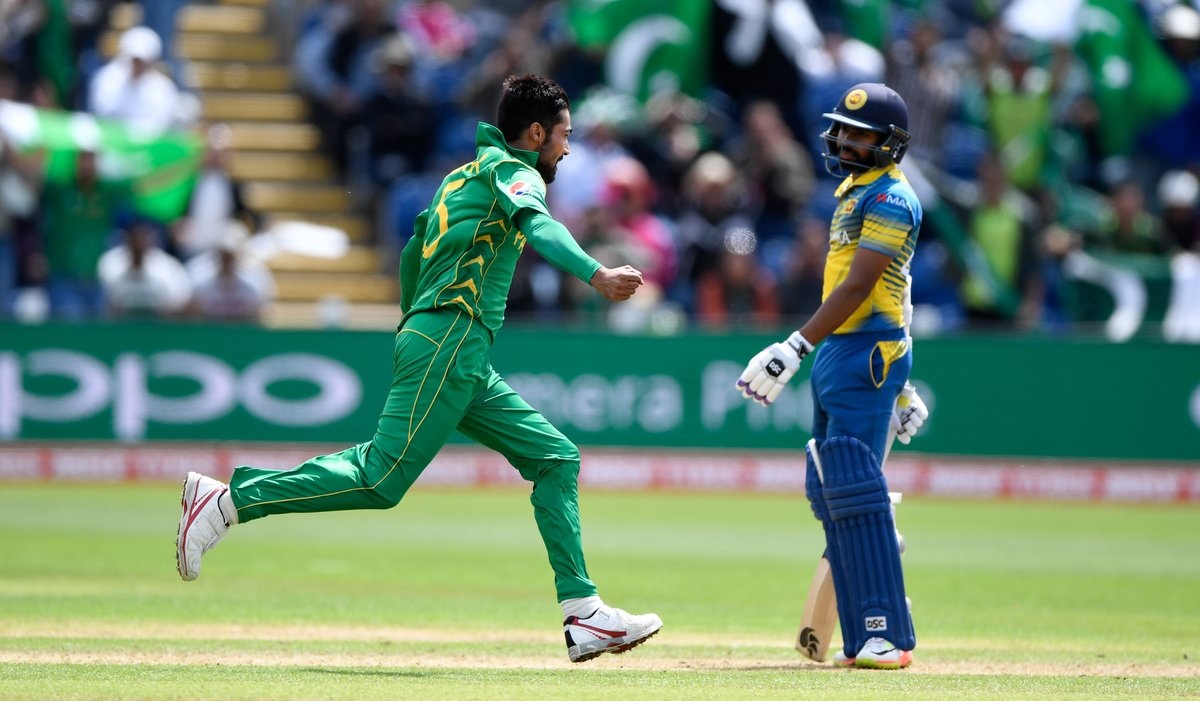 In what turned out to be a brilliant all-round match for wicket-keeper Sarfraz, he held a superb low one-handed catch to dismiss Dickwella off an inside edge to Amir. 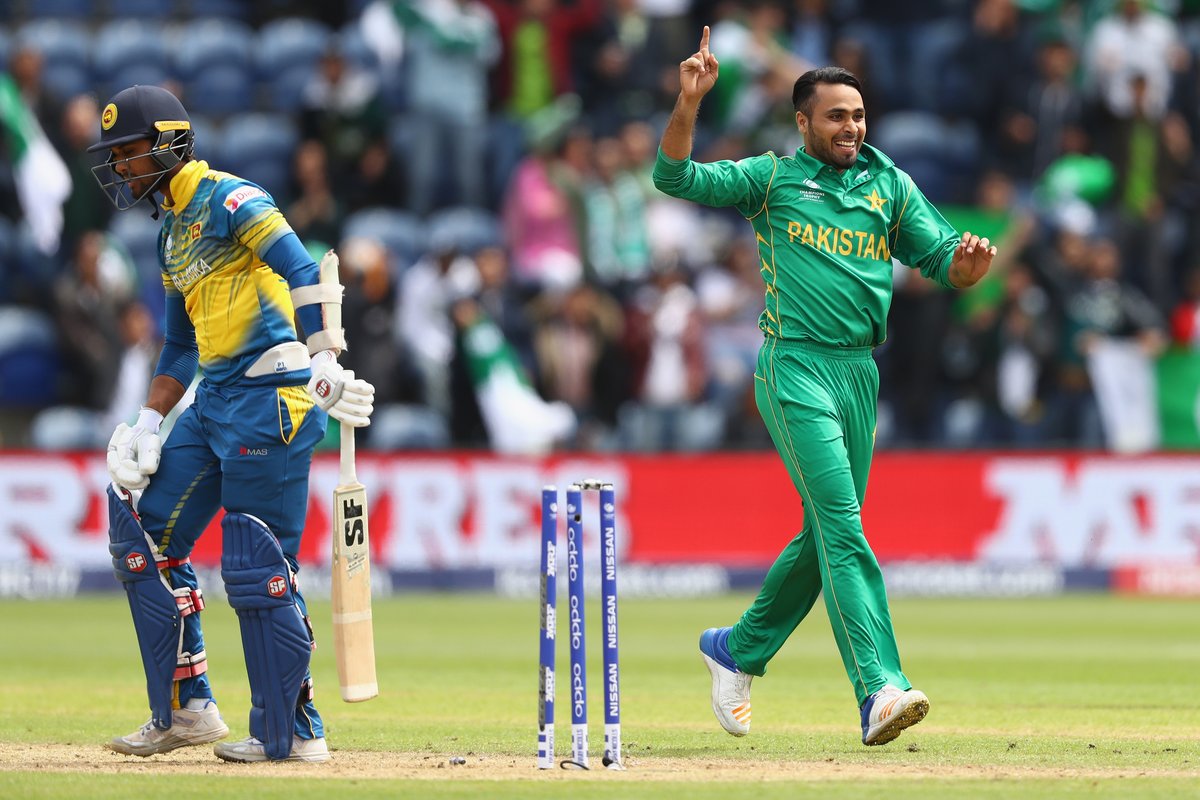 The lone downside for Sarfraz was that he was fined 20 percent of his match fee for Pakistan s slow over-rate.

A similar offence on Wednesday would see him banned from the final should Pakistan beat England.

Pakistan, India getting Nobel Prize is a message of peace: Malala

Nation will see how I awaken the country after Muharram: Imran...