(AFP) – Unveiling blueprints for a futuristic landscape with robots and driverless cars, Saudi Arabia’s young crown prince outlined his most emphatic vision yet to transform the ultra-conservative kingdom as he sought to charm investors.

In a rare public appearance Tuesday at an investor summit in Riyadh — dubbed “Davos in the desert” — Mohammed bin Salman pledged a “moderate” Saudi Arabia, long seen as an exporter of a brand of puritanical Islam espoused by jihadists worldwide.

The speech came as the 32-year-old prince oversees reforms that mark the biggest cultural and economic shake-up in the kingdom’s modern history, while sidelining powerful clergy who have long dominated the public discourse.

“We will not spend the next 30 years of our lives dealing with destructive ideas. We will destroy them today and at once,” Prince Mohammed told global business titans gathered in a chandelier-studded ballroom for the Future Investment Initiative.

MBS, as he is well known, promised his kingdom will return to “what we were before — a country of moderate Islam that is tolerant of all religions and to the world”.

His comment, while unveiling plans for a $500 billion development zone spread on the kingdom’s western coast, chimes with his public image of a bold liberal reformer in a conservative country where more than half the population is under 25.

“I think this is the clearest articulation we’ve heard so far about where the crown prince plans to take Saudi,” Lori Boghardt, from the Washington Institute for Near East Policy, told AFP.

“It’s clear the crown prince is set on dramatically transforming the kingdom. This especially includes a quieter and less influential ultraconservative religious sphere.”

The vision of creating a “moderate Saudi Arabia” is fraught with risks and could trigger a backlash from conservatives.

Last month a royal decree said women would be allowed to drive. The kingdom is also expected to lift a public ban on cinemas and has encouraged mixed-gender celebrations — something unseen before.

The government recently set up an Islamic centre tasked with certifying the sayings of the Prophet Mohammed in a stated bid to curb extremist texts.

The government appears to have clipped the wings of the once-feared religious police — long accused of harassing the public with rigid Islamic mores — who have all but disappeared from big cities.

Some conservative clerics — who for years staunchly opposed more social liberties for women — have backpedalled and come out in favour of the decree allowing them to drive.

“MBS has been working hard behind the scenes to bring the conservatives along and he has succeeded with a material number of them,” said Ali Shihabi, director of the Washington-based Arabia Foundation think tank.

“There will always be laggards and reactionaries but his drive and strength combined with a substantial constituency among the young for change has created the space for him to move down this road.” 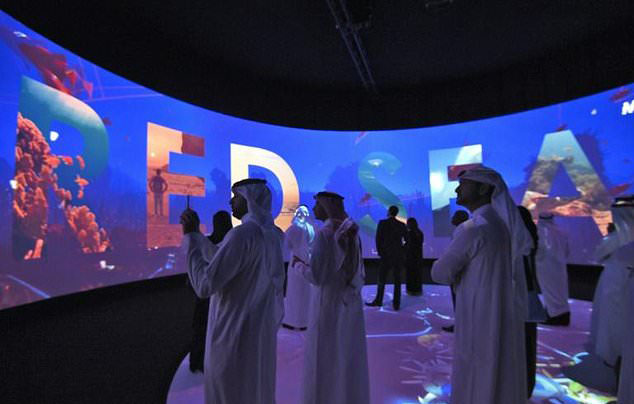 ‘Only dreamers are welcome’

In tandem with reforms, Prince Mohammed has been shoring up power and over the summer carried out a wave of arrests in a crackdown on dissenters, including influential clerics and some liberals.

“One element that’s not part of the transformation drive is more tolerance of political differences and differences in opinion about the directions Saudi should take,” said Boghardt.

“The crown prince has made this clear.”

But a common refrain among his proponents is that it is impossible to attain consensus as he carries out reforms on a scale that are unprecedented in the country’s modern history.

Inside the Future Investment Initiative at Riyadh’s Ritz Carlton, a palatial hotel originally planned as a palace for guests of the royal family, the kingdom sought to display its massive transformation as it opens up its economy and seeks to diversify away from oil.

The $500 billion economic zone straddling Saudi Arabia, Jordan and Egypt will be spread over 26,500 square kilometres, Prince Mohammed said, in a slick marketing pitch to investors.

In a promotional video featuring the project — dubbed NEOM, women were seen jogging in sports bras and working alongside men in laboratories, an image that contrasts with the country’s notorious dress code.

At the conference itself, some delegates including foreigners marvelled at how many of the female participants were dressed in business attire and no headscarf — something not commonly seen in public spaces in Riyadh two years ago.

Some government officials have likened Saudi Arabia’s reform drive to a fast-moving bus — either people get on board or risk being left behind.

“Only dreamers are welcome to join,” Prince Mohammed said as he unveiled plans for NEOM.

Some experts say his reforms symbolise too much change happening too quickly.

“Or you might say he is doing too little too late?” said Stephen Potter, vice president of the Chicago-based Northern Trust Company, who attended the presentation.

“We all agree change is necessary. Some change is better than no change.”

Mazari is like a child who demands attention for fame: Abid...

May Day protesters march in Chicago