For just a few hours every year, a stretch of sand on the Irish coast transforms for perhaps the most unique event on the horse racing calendar.

Laytown Races — 26 miles from the country’s capital Dublin — is the only official beach race in Europe.
The 150-year-old tradition attracts more than 5000 regular visitors every year and, apart from the obvious difference, it’s like any other race meeting.
“It will be run under the same rules as the Gold Cup or Cheltenham,” Joseph Collins, Chairman of Laytown Races, told CNN.
“We’ve got stewards, official starters and handicappers. The horses will all be dope tested and identity checked, all that happens here too.”
Organizers are in a race against time to set up the spectacle, battling against the tide to build the track and enclosures on the sand. 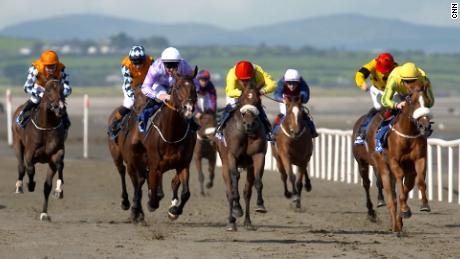 Horse racing on the beach for 150 years 02:01
Spectators then pack into a makeshift “grandstand,” made up of steps cut into an elevated sand dune, to enjoy the historic event.
The first recorded meeting was in 1868 and was initially in conjunction with the Boyne Regatta. It’s thought that the rowing competition was held at high-tide and the racing at low-tide. 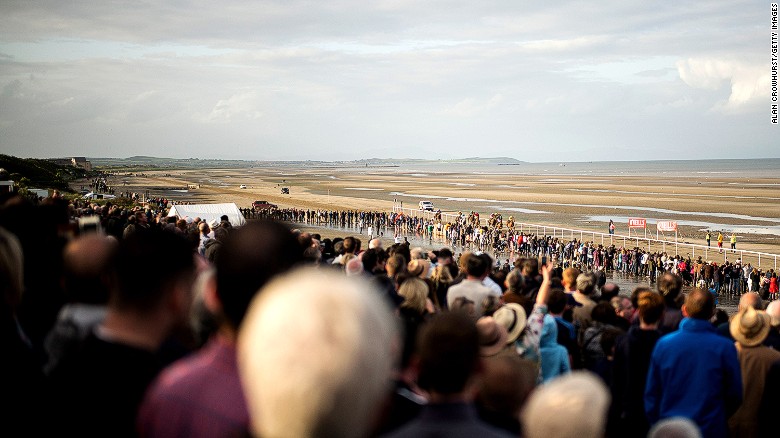 More than 5000 regular visitors watch the horse racing on the temporary track at Laytown.

“It’s exciting, it’s different, it’s challenging. Much easier now than it use to be,” trainer Dermot Weld told CNN.
The former U-shaped track, which saw horses race right against the tide, has since given way to a six or seven furlong straight.
The need for change to the original format was laid bare in 1994 when three horses were fatally injured during an unfortunate race meeting.

Photos: The ‘Superbowl’ of thoroughbred auctions
When it comes to purchasing a horse, Elliston says some buyers wait until the very last moment — the horse’s final test is whether it can stay calm amidst the bidding excitement. “It’s indicative of how a horse may behave on a big race day,” he says.
Hide Caption
4 of 7

Photos: The ‘Superbowl’ of thoroughbred auctions
With graduates like 2018 Triple Crown winner Justify, Elliston says people trust Keeneland for its caliber of horses.
Hide Caption
5 of 7

Photos: The ‘Superbowl’ of thoroughbred auctions
According to Keeneland, it has sold more graded stakes winners at the September sale than all other North American sales companies combined.
Hide Caption
6 of 7

Photos: The ‘Superbowl’ of thoroughbred auctions
“Buyers are selective and they’re looking for perfection,” Elliston says. “If you have that horse that is perfection they’re willing to pay significant amounts of money, but if there’s something off — if the walk isn’t just right, or there’s a physical confirmation issue or a gap in the pedigree it’s touch to bring the top dollars.”
Hide Caption
7 of 7 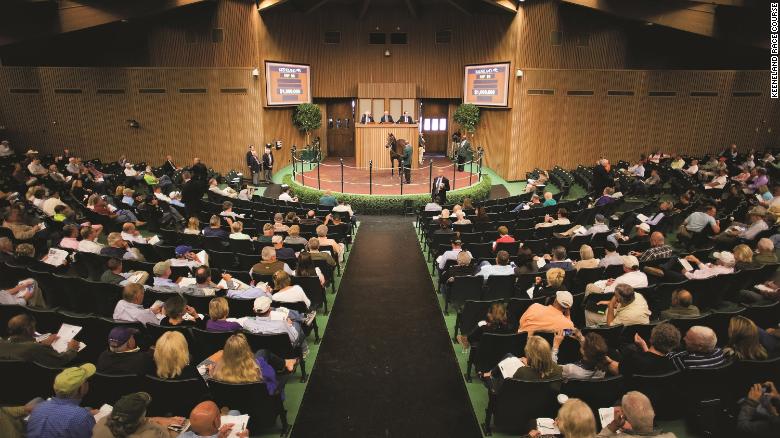 Photos: The ‘Superbowl’ of thoroughbred auctions
Each year Keeneland hosts three sales. Its two signature sales are the September Yearling Sale and the November Breeding Stock Sale. In January it also holds an All Ages Sale.

Serena defeats Venus to sustain Slam bid at US Open

Death toll rises to 123 as two more die of measles