(Reuters) – German Interior Minister Thomas de Maiziere has upset fellow members of Chancellor Angela Merkel’s conservative bloc by proposing that Germany introduce Muslim public holidays.
Germany is home to around 4.5 million Muslims, many of whom have a Turkish background. Many of the more than a million migrants who have arrived in the country from the Middle East and elsewhere over the last two years are also Muslims.

Speaking on the campaign trail ahead of an election in the northern state of Lower Saxony due on Sunday, de Maiziere – a member of Merkel’s Christian Democrats (CDU) – said he was open to certain regions of Germany having Muslim public holidays.

He pointed out that All Saints’ Day was only a public holiday in Germany’s Catholic regions and added: “In places where there are many Muslims, why can’t we think about introducing a Muslim public holiday?”

In a speech posted in an audio clip on local news website regionalwolfsburg.de he also said Germany’s public holidays were generally Christian, and should remain that way. 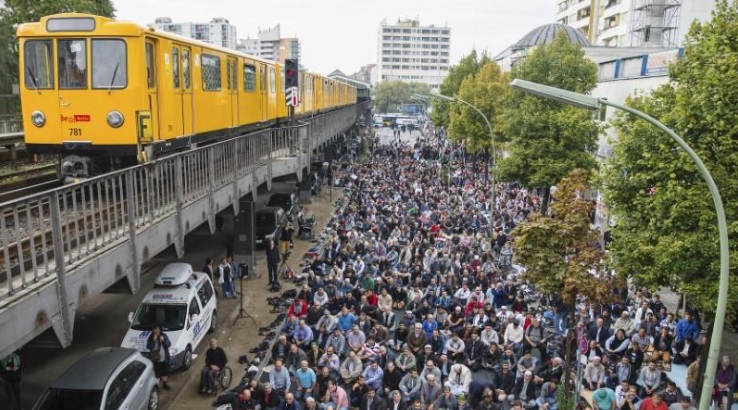 His proposal prompted a backlash from fellow conservatives, who are due to start tricky three-way coalition talks with the liberal Free Democrats (FDP) and the Greens next week. The conservatives won a September election but suffered their worst result since 1949 as they lost support to the far-right.

Senior CDU member Wolfgang Bosbach told the newspaper Bild that everyone in Germany could celebrate whatever religious festivals they wanted but added: “Whether the state should also protect non-Christian holidays with legal regulation in future is a different issue entirely.”

A spokeswoman for the Interior Ministry said de Maiziere remained of the view that Germany’s public holidays were of a Christian nature “and don’t have any other roots”.

The constitution sets out that Germany’s individual states decide on religious public holidays so the federal interior minister has no influence on whether there should be Muslim public holidays, the spokeswoman added.

She said the northern city states of Hamburg and Bremen had signed agreements with some Muslim organizations so that Muslim pupils could have such time off school and workers could take holidays for festivals important to Islam, adding that some other states did the same.

Petroleum prices likely to be reduced by Rs12 per litre

Smith upbeat but says no tour without new pay deal