(Thomson Reuters Foundation) – In Sikh temples the world over, community kitchens offer free meals to anyone regardless of colour, creed or caste.

But the langars – as the kitchens are called – often distribute food grown with chemical pesticides, which can contribute to pollution and leak into rivers and streams.

In 2015, a push by Sikh environmental groups drove the Golden Temple, the Sikh faith’s holiest which feeds 100,000 people daily, to start growing its own organic food to reduce its impact on nature.

“There are many hints in our holy book to protect mother earth and to commit to the betterment of society for all life on earth,” said Ravneet Singh, South Asia manager of EcoSikh, a Sikh environmental group.

“The most vulnerable entity on the planet is the planet itself – the forest, the water, the air, the soil,” he told the Thomson Reuters Foundation in a telephone interview.

Many of the world’s religions consider nature sacred and religious leaders have increasingly come out in favour of protecting it – including by acting to curb climate change.

Experts say religions, which connect with people’s emotions and personal lives, could help mobilise people in the fight against climate change where facts and politics have failed.

Faith groups also control trillions of dollars in assets, which could support that fight. A range of religious organisations are meeting this week in Switzerland to issue rules on ethical investment – including backing away from fossil fuels and moving towards green projects.

A growing share of the six billion believers around the world are getting personally involved in the fight against climate change as well, from eco-friendly mosques in Britain to river cleanups by Hindu groups in India to tree-planting projects on religious land in sub-Saharan Africa.

Under a Paris climate change deal agreed by nearly 200 nations in 2015, countries pledged to keep the rise in average global temperatures below 2 degrees Celsius above pre-industrial levels to stave off the worst effects of climate change.

Despite mounting evidence that global warming will reach catastrophic levels if planet-warming emissions are not drastically cut, governments globally are falling short of the efforts required, experts say.

This – combined with an uptick in record floods, hurricanes and other weather disasters – has led a growing number of religious authorities to speak out in favour of climate action.

In September, Pope Francis and Orthodox Christian leader Patriarch Bartholomew called for a collective response from world leaders to climate change, saying the planet was deteriorating and vulnerable people were the first to be affected.

“All big faiths talk about caring for the most vulnerable and caring for the earth,” Cynthia Scharf, a former senior staff member on the United Nations secretary general’s climate team, told the Thomson Reuters Foundation.

“What really motivates people is not facts but values and emotions. Those are pretty universal feelings,” said Scharf, who was raised in a Christian Protestant family and whose brother is a missionary.

“Religious communities can address some of the questions which are at the heart of climate change, such as fairness,” she said.

Many religions already advocate environmentally-friendly behaviours as part of their cores values, such as living with fewer material luxuries, saving water or avoiding meat.

Jainism for example, practiced by over four million people in India, prohibits killing animals and promotes a vegetarian lifestyle, which scientists say could play a major role in reducing planet-warming greenhouse gas emissions. 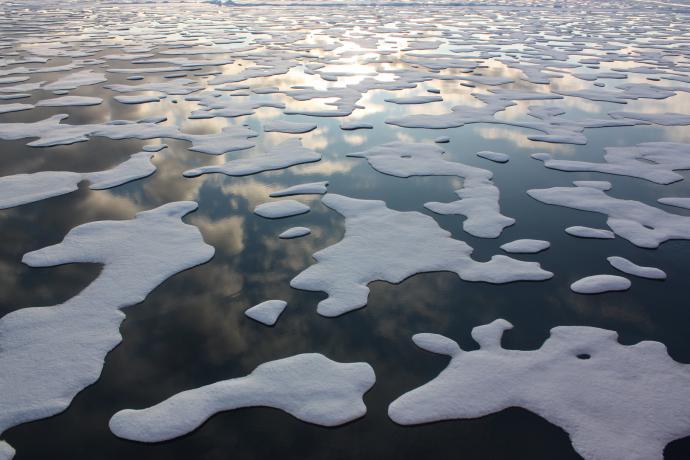 Rise in temperatures across the world has affected the state of ice glaciers. Photo: Wikimedia commons

Around the world, religious investment funds handle trillions of dollars each year, according to environmental group The Alliance of Religion and Conservation (ARC).

Last month, 40 Roman Catholic groups in countries including Australia, South Africa and the United States said they were shunning investments in fossil fuels and switching to greener energy.

But beyond avoiding certain types of investments, faith groups are also increasingly looking to actively invest in projects that protect the planet, such as renewable energy, sustainable agriculture or forest protection.

“Deforestation is not stopped by divesting (from fossil fuels). Somebody else will buy your stock,” said Gunnela Hahn, the head of sustainable investment for the Church of Sweden. “We want to invest in the solution.”

This week in the small Swiss town of Zug, investors and leaders from eight of the world’s biggest religions – including Buddhism, Christianity and Islam – published priorities they have set themselves for ethical investment.

Some of the guidelines include supporting recycling projects and waste reduction, investing in companies that widen access to clean water and education, and chosing enterprises that have a strong environmental record.

But grassroots faith groups across the globe also are bringing religious teachings into thousands of projects on the ground to protect people and nature from the effects of climate change and pollution.

Many Hindu groups are working to clean the Ganges and Yamuna rivers in India. Believed by Indians to have miraculous healing powers, the Ganges is also one of the world’s filthiest rivers, with tons of raw sewage and industrial waste dumped into it daily.

Muslims in sub-Saharan Africa, who farm some of the least fertile land on the continent and face threats to their food security from climate change, developed a training manual in 2014 to encourage more sustainable farming practices. 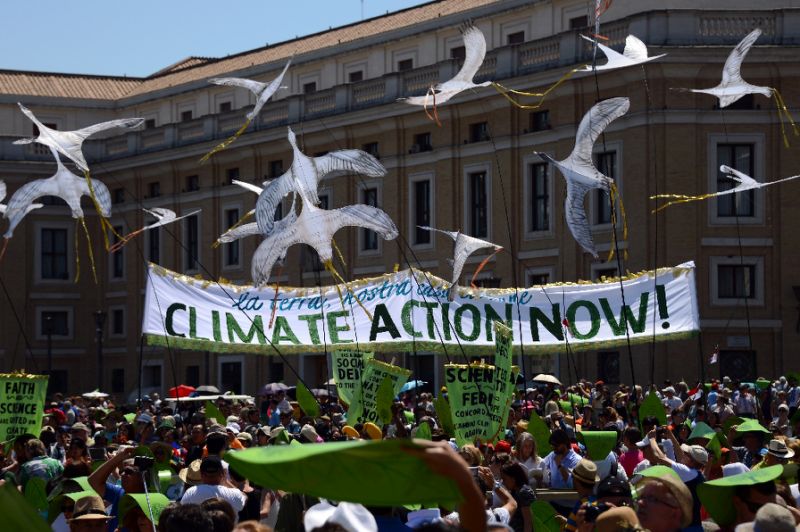 A growing number of temples, mosques and synagogues also are switching to renewable energy and ditching disposable plastic cutlery.

Half of China’s Daoist temples have now switched, at least in part, to renewable energy, according to ARC.

Faith groups may also have a role in saying how far the planet’s leaders can go to try to protect climate stability.

As the risks of global warming get clearer, a small but increasingly vocal group of researchers are exploring using technology to reduce them – in essence by re-engineering planetary systems.

Such “geoengineering” proposals include large-scale, controversial projects that aim, for instance, to dim sunlight by spraying sulfuric acid into the upper atmosphere.

Such action presents a range of risks, including potentially shifting rainfall patterns in parts of the world, scientists say.

But the idea of humans deliberately playing with the earth’s climate – which some believe is the prerogative of gods – could leave religious groups sceptical.

Geoengineering proposals are expected to stir the same emotional responses as other controversial scientific advances, from genetic modification to cloning, said Scharf, who now works for a body looking at governance of climate engineering.

“Geoengineering is a humanitarian concern,” said the strategy director at the Carnegie Climate Geoengineering Governance Initiative.

“That’s the only reason we should be looking at this issue. The whole purpose of it should be to alleviate suffering,” she said.

Tennis: Venus heads back to Sydney after 20 years